This is an interesting study from the University of Birmingham, UK. May the so-called English breakfast is what you need - provided you keep fit as well...

Eating more protein at breakfast or lunchtime could help older people maintain muscle mass with advancing age – but most people eat proteins fairly unevenly throughout the day, new research at the University of Birmingham has found. 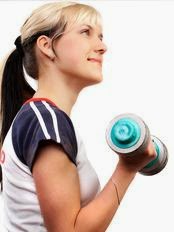 Although I manage quite a bit of yoga and go for the occasional run (when I "run" out of excuses), I've been thinking about attempting some weight training at home.

This is because I'm aware my body feels weaker than it could be, and having just turned 40, it seems like an opportune time to begin a new resolution.

The website NHS Choices says "To reduce the rate of natural bone loss that occurs from age 35 onwards, aim to do muscle-strengthening activities at least two days a week". This includes "moderate-resistance weightlifting", or "exercising with resistance bands".

Why are girls less sporty than boys?

I've regularly noticed that, among my friends, it tends to be the men who take part in a regular sport or physical activity rather than the women. Though the women (including me) often feel we should be doing more. Even as teenagers, I remember the girls, on average, being less keen than the boys, with notable exceptions.

So this got me thinking: could it all begin in childhood?

I recently came across a study asking this very question. A team from the University of Canberra in Australia looked at this disparity in physical activity between boys and girls. 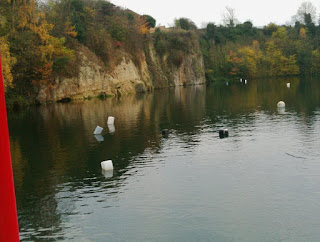 This year I've been struggling to get beyond a single mile. Life has been a pattern of busy, sick, busy, sick, busy - you can see the cycle of destruction.  And then there's been the English 21st century weather. Swimming in the rain is not a problem, swimming in the open in thunderstorms is not so sensible. And thunder and lightning has been predicted almost every day of the "summer." When I have been in the water, it's been time squeezed into other things.

Last night changed all that. 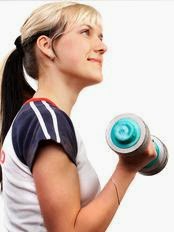 Large numbers of women are avoiding the gym due to fears of being judged, and hence missing out on its health benefits, according to a new survey.

This feeling is reflected in conversations I've heard among many of my female friends. But the British Heart Foundation, who commissioned the survey, believe this problem can be challenged with positive action, such as their new initiative, the "MyMarathon challenge".

In a sample of 2,000 UK adults, surveyed earlier this year (2016), a third of the women feel intimidated by other fitter or more competitive people. Nearly as many (29%) feel "embarrassed or worried of what people think of me when I exercise".

Zumba good for all ages

It's not something I have personally experimented with, but Zumba, the dance fitness craze, has clearly taken off in a big way. Created in the 1990s by a Colombian dancer, Zumba combines dance and aerobic elements using all types of up-tempo music to inspire an estimated 12 million exercisers worldwide each week.

Zumba Gold is a lower-intensity form of Zumba aimed at active older adults. Its effectiveness in terms of cardiovascular and metabolic fitness was unclear until recently, when a team of researchers from Western State Colorado University, USA, got on the case.

They describe Zumba Gold as "a modified form of Zumba that was designed to meet the anatomical, physiological, and psychological needs of seniors". They wanted to test its health impact so "safe and effective target workloads" could be set.

Sixteen men and women of middle age or above were examined at rest and during several Zumba Gold exercise classes. This showed that taking a single class "elicits cardiovascular and metabolic responses that fulfil exercise intensity guidelines for improving and maintaining cardiorespiratory fitness". Good news, as they believe exercise intensity is "the most critical component of the exercise prescription model". This is vital, they add, as low fitness levels may contribute to illness in this population, and eventually can result in loss of independence.

Overall, Zumba Gold exercise was classified as moderate intensity, in other words, likely to avoid the risks of people either over-training or wasting their time. Moderate-intensity exercise is widely recommended for health benefits, so this represents a new option for older exercisers - perhaps a more exciting one than the also "moderate" option of treadmill walking at three miles per hour.

On the other hand, it was recently reported that playing Wii Fit video games is another "moderate intensity" alternative to more traditional exercise!

As a big yoga fan, I was interested to discover the origins of Bikram yoga, or "hot yoga", in a recent conversation with a friend from India.

The practice was established as recently as the late 20th century, which I found surprising. It consists of an unchanging sequence of 26 postures in a room heated to 40°C (104°F), in order to mimic the climate of India.

Its founder, Bikram Choudhury, was born in Calcutta, India, in 1946. He began learning Hatha Yoga - that is, the physical exercises known as asanas or postures - at the age of three. He created the popular Bikram yoga approach from traditional techniques, and insists that all classes run for 90 minutes with exactly the same postures.

Many studies looking at the health effects of Bikram yoga have been published. However, to date, any positive effects have not been confirmed in large-scale, properly-designed randomised controlled trials.

There have been widespread claims of high energy expenditure, up to 1,000 calories per session. But no scientific study has reliably investigated the metabolic response to a Bikram yoga class.

What's more, excessive sweating caused by the hot and humid conditions of a Bikram yoga room can lead to dehydration or hyperthermia (overheating).

All things considered, I think I'll stick to my usual yoga workout which has the relaxing advantage of taking place in comfortable conditions!

Email ThisBlogThis!Share to TwitterShare to FacebookShare to Pinterest
Labels: yoga 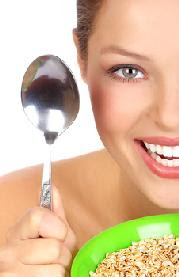 Carbohydrate loading is widely used to improve performance in endurance sports. The idea is to maximise the stored amount of carbohydrates in our body, to yield more energy. It is done by increasing carbohydrate intake to about 70% of daily calories, sometimes with a lower carb period beforehand.

I've never tried it but I recall a friend struggling to get round a 10k run after a big pasta meal the previous evening. So I wonder, is carb loading truly the most effective way for endurance athletes to fuel their bodies in the lead up to a race?

Sport for the non-sporty 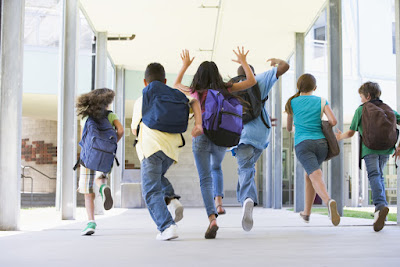 Social media and gaming have contributed to the growing sense that British children are not getting enough exercise.

In my primary school days - maybe not so long ago - it was clear that people who weren’t classed as ‘sporty’ were deterred from playing sports. This is a problem which ‘Fit for Sport’ is trying to tackle.

A recent ukactive report highlights the lack of physical activity children are getting from a primary school age. The report has been welcomed by academics like Professor Sir Al Aynsley-Green as it signifies the changes needed for the physical health of Britons as a grassroots level.

According to the report, 50% of seven year olds are meeting the Chief Medical Officer’s guidelines, which is a worrying figure for the future as it currently costs the NHS £8.2 billion per year to sustain inactive Britons, a figure which should be declining – not being added to.

The ‘Engage to Compete’ project, launched in November 2014, has been attempting to tackle this report. The project tackles six out of ten of the recommendations from the ‘Generation Inactive’ report, however only operates in selected schools in Sandwell and Tower Hamlets.

The initiative is delivered by the national project ‘Fit for Sport’, and funded by Sport England. Whilst only benefiting students in specific areas, the hope is that other schools will emulate its success, or more funding will go towards similar initiatives.

‘Engage to Compete’ tackles the problems seen in the ‘Generation Inactive’ report in the following ways:

1. Ensuring the teachers are able to deliver activities throughout the school day (including break and lunchtime) to every child – not just the sporty ones.

2. Training teachers to be able to deliver an effective physical education curriculum.

3. Support is provided by ‘Fit for Sport’, who go into schools regularly for training talks and activities for the staff.

4. Charting development in the fundamental skills of sport – throwing and catching, agility, running and jumping – and having a competition week to complete their Activity Challenge tasks and compare themselves with other schools.

5. Offering a non-competitive choice so no child is left ‘lagging behind’.

6. Working closely with local councils and leisure centres to deliver activities outside of school such as family fun days and Legacy Games Days, where different schools compete with each other.

‘Fit for Sport’ director Dean Horridge said: “The ukactive Generation Inactive report is a large step forward in an important journey towards a healthier way of life for our nation’s children." 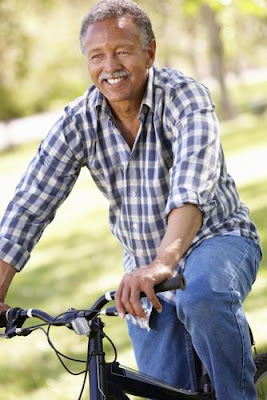 Most people are aware that keeping fit can benefit the heart, keep extra pounds at bay, and strengthen our muscles. New research is discovering further health benefits all the time.

Recently, age-related rises in blood pressure were put under the microscope. Now personally speaking, I've always tended to have blood pressure below the average (causing occasional dizziness when I stand up), but for many of us, especially men, blood pressure tends to rise with age independently of any weight gain.

Men who are largely sedentary often develop the early signs of high blood pressure in their mid-40s, but the blood pressure of men with strong cardio-fitness doesn't become high till their mid-50s on average.

Find out what Rebecca Adlington is doing to help people swimming